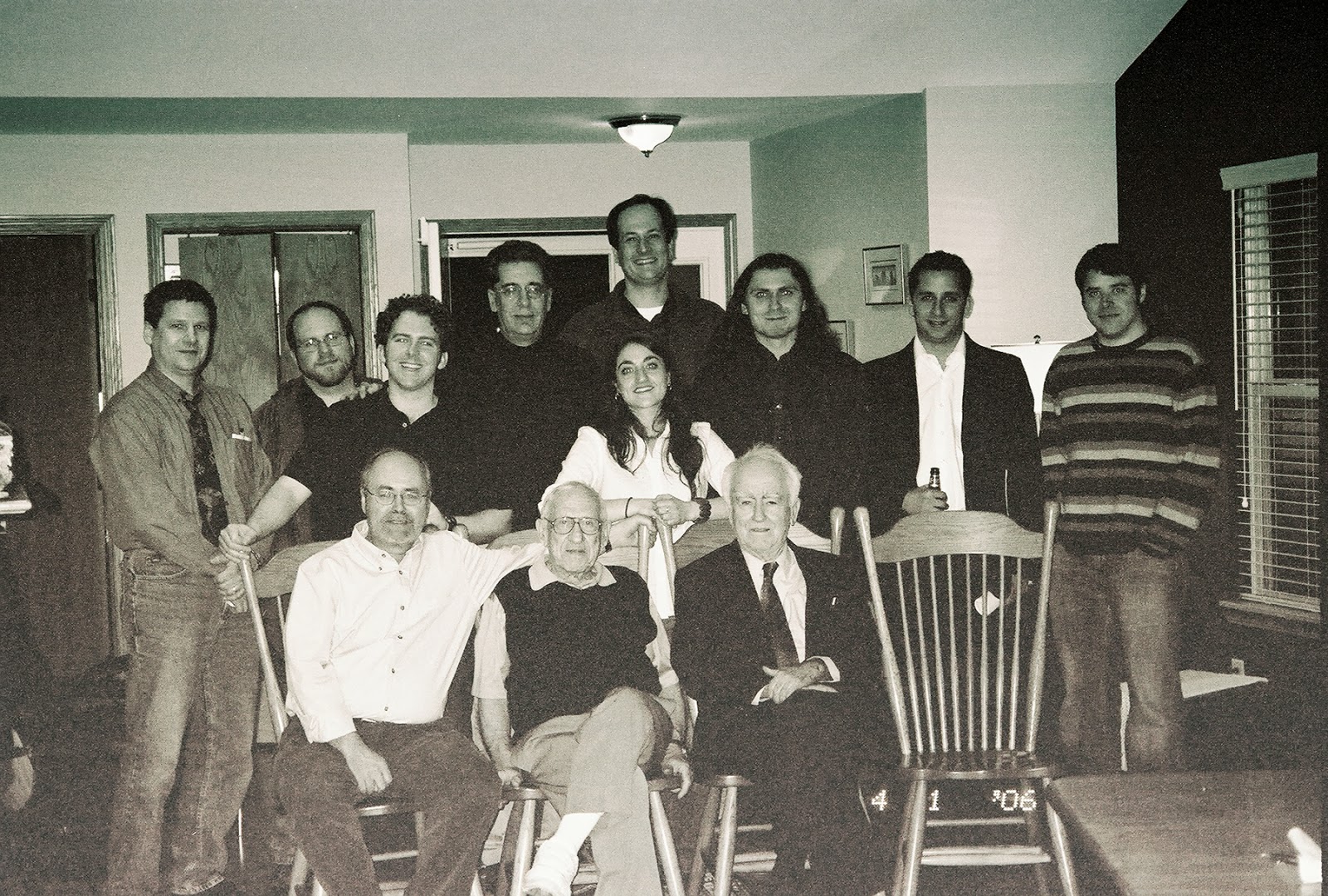 Andy Schott has sent me this photograph that was taken on April 1, 2006.  This was a gathering of what was called the Second Saturday Club, a group of faculty and students, mostly from Northern Illinois University, who met at my home for dinner and a discussion.

For this occasion, Mr. Anastaplo led a discussion of the Fugitive Slave Laws of 1793 and 1850.  He read a paper that was later published in his Reflections on Slavery and the Constitution (2012), pages 107-13.

This was an example of Mr. Anastaplo's favorite activity--reading some texts bearing on some deep issues in human life (like the debate over slavery), writing out his thoughts about those texts, leading a discussion of the texts with friends, and then publishing what he has written.

A post on a subsequent Second Saturday Club gathering with Mr. Anastaplo speaking on Strauss can be found here.
Posted by Larry Arnhart at Tuesday, February 18, 2014