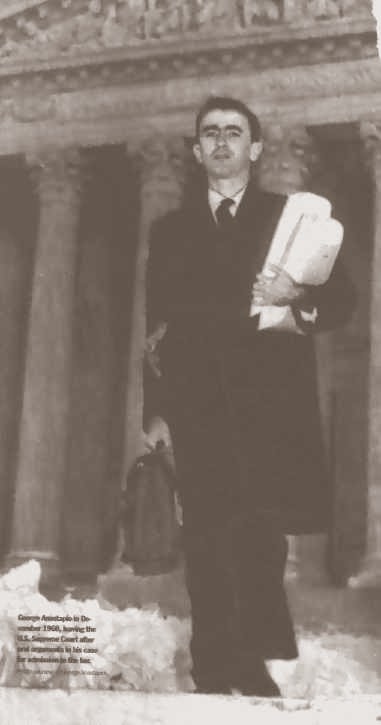 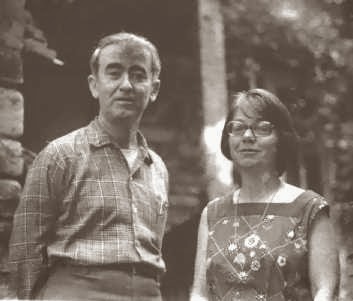 He was a distinguished professor at the Loyola University Law School and in the Basic Program in the Liberal Arts at the University of Chicago.  He was also a professor emeritus at Dominican University (formerly Rosary College).

It was one of the great privileges of my life to have known Mr. Anastaplo for 44 years, since I first met him when he conducted a seminar in 1970 at the University of Dallas, where I was an undergraduate student.  When I went to the University of Chicago in 1971 as a graduate student in political science, I spent a lot of time with him, and he became my mentor in many ways.  We organized an informal study group that included a dozen or more graduate students who met biweekly in Regenstein Library to discuss various texts in philosophy, political science, literature, and theology.  We were teachers together in the Basic Program.  We were also together at the Clearing in Ellison Bay, Wisconsin, where he regularly conducted week-long seminars in the summer.  He became a father-figure to me.  And he was the most remarkable human being that I have known in my life

A son of Greek immigrants, Mr. Anastaplo grew up in Southern Illinois, graduating from high school in Carterville, Illinois.  He served in World War II as a U.S. Army Air Corps navigator, flying bombing missions in North Africa and Europe.  After the war, he entered the University of Chicago, where he earned his B.A. and his law degree.

Although he graduated number one in his class at the University of Chicago Law School, he was refused admission to the Illinois Bar because the Bar's Committee on Character and Fitness was disturbed by his affirmation of the right to revolution as stated in the Declaration of Independence and by his refusal to answer questions about whether he was a member of the Communist Party.  He said that such questions were inappropriate and unconstitutional.  The questions were also unjustified because no one had any reason to believe that he was a communist.

But this was a time of great fear in the United States about communist subversion.  In 1951, the Supreme Court of the United States upheld the Smith Act as constitutional in Dennis v. United States, which allowed for the imprisonment of members of the Communist Party, because they endorsed the right to revolution. although there was no evidence that they were actually plotting revolution.  A few days after this decision was announced, the Committee on Character and Fitness announced its decision against admitting Mr. Anastaplo to the Bar.

When Mr. Anastaplo appealed this decision to the Illinois Supreme Court, he lost.  Some years later, he appealed to the U.S. Supreme Court and argued his own case before the Court, but once again he lost (by a 5-4 decision).  In this case--In re Anastaplo (1961)--Justice Hugo Black wrote an eloquent dissenting opinion.  Justice William Brennan told Black that his opinion would "immortalize Anastaplo."  As suggested by Black's son, an excerpt from this opinion was read at Black's funeral in 1971 at Washington National Cathedral.  The last line of the opinion was "We must not be afraid to be free."

A good account of Mr. Anastaplo's bar admission case, including comments from some of the members of the Committee on Character and Fitness, is Andrew Patner's "The Quest of George Anastaplo" in Chicago Magazine (December, 1982).

Since he could not practice law, he drove a taxi in Chicago for a few years to make a living.  He then returned to the University of Chicago to work on his doctorate in the Committee on Social Thought and to teach in the Basic Program.  His dissertation become the basis for his first book--The Constitutionalist: Notes on the First Amendment (1971).  This was the first of 20 books that he published.  When he died, he was working to finish up one more.  Much of that written work is now conveniently available at the George Anastaplo website.

Mr. Anastaplo's life was truly a life of the mind.  One way to explain that intellectual life would be to say that it was a life devoted to thinking about two teachers, two themes, and many texts (five of which were most important to him).

At the University of Chicago, he came under the influence of two teachers who shaped his whole life--William Crosskey and Leo Strauss.  Crosskey's classes at the Law School were organized around the meticulous interpretation of the Constitution to find its original meaning, which was often identified by Crosskey as very different from what was assumed in many Supreme Court decisions.  In particular, Crosskey argued that the Constitutional text established the supremacy of the United States Congress in exercising a general legislative power over the nation.  He was best known for arguing that the Constitution gave Congress a national power over commerce that was more sweeping than the power over "interstate commerce" as interpreted by the Supreme Court.  Crucial to Crosskey's argument was his extensive research into the original eighteenth-century meanings of the words used in the Constitution.

Like Crosskey, Mr. Anastaplo thought that the Constitution was a carefully crafted document that could be understood through a close reading of the text itself, free from the often mistaken interpretations of the Supreme Court.  That's clearest in Mr. Anastaplo's The Constitution of 1787: A Commentary (1989).

From Mr. Strauss, Mr. Anastaplo picked up the two major themes that run through most of his writing--nature and prudence.  The idea of nature was discovered by the ancient Greeks when they recognized that there was a rational order in the universe and in human life as part of the universe, a rational order that is universal and unchanging, and therefore distinguishable from the conventional or customary order of particular human groups.  Prior to the discovery of nature, human beings looked to the ancestral customs of their society as the authoritative and even divine guides to life.  The politics, art, science, and religion of the Western world all show the influence of the Greek discovery of nature.  Since nature is universal, there are intimations of nature in every tradition of human thought, but only those traditions influenced by Greece show a fully explicit, self-conscious awareness of nature as distinguished from custom or convention.

From the idea of nature, the Greeks derived the idea of natural right, because in human nature they discerned the enduring natural desires and capacities that set norms of good and bad, just and unjust.  Natural right or justice is that which conforms to human nature and is therefore universal, whereas conventional right or justice is that which has been established by human contrivance or custom in particular societies.

With the philosophic awareness of how the universal and unchangeable order of nature differs from the particular and changeable order of custom, there also arose (particularly in Aristotle's writings) an awareness of the need for prudence or practical wisdom in judging the variable circumstances of action in the light of an invariable or enduring human nature.  What is naturally best for any particular society or individual will vary according to the character of that society or that individual, so that a prudent person must judge what is practicable and what is not for a society or an individual in the circumstances in which they find themselves.  The prudent person judges how best to fulfill the enduring inclinations of human nature within the historical conditions in which he finds himself.

Mr. Anastaplo thought through these two themes--nature and prudence--by seeing how they arise in the great texts of philosophy, science, history, mathematics, theology, art, and literature.  His writings offer careful readings of hundreds of texts.  Five texts were especially important for him--Plato's Apology of Socrates, the Bible, the Declaration of Independence, the Constitution of the United States, and the writings of Abraham Lincoln.

Some of Mr. Anastaplo's readers were not satisfied by the style of his published writing, particularly in his many book collections of lectures and essays that don't seem to be tightly organized around a well-developed and unifying argument.  He often said that he wanted to write a short book exploring his idea of nature.  It is regrettable that he never wrote that book, because it might have elaborated and defended his reasoning about nature and prudence as the recurrent themes that tie all of his writing together into one long argument.

My own thinking about "Darwinian natural right" is in some respects a working out of some of the lines of thought that Mr. Anastaplo intimated in his writing.  I have argued that the twenty natural desires of evolved human nature constrain but do not determine cultural traditions and prudential judgments.

Mr. Anastaplo lived his life with unyielding devotion to high principles, even when this was costly for himself and his family.  Many people saw this as his great strength.  Some saw it as his weakness.  Even Justice Black said that Mr. Anastaplo was too stubborn for his own good.

I was fortunate to spend some time with Mr. Anastaplo a few days ago.  He was alert as he talked about his life and intellectual career.  Hundreds of boxes of papers were being collected for delivery to the University of Chicago Library where they will be organized in the Special Collections section.  He was hopeful that people in the future might find some of that material instructive.

He was calm and thoughtful in preparing for his death.  I was reminded of his essay on death in his book Human Being and Citizen, in which he wrote: "Death, if faced up to--if not concealed by euphemisms and cosmetics--should remind us of the natural terms of living things and hence of nature and of models for a good life, models that do not depend on one's individuation but rather on one's approximation to a standard guiding other men as well."

Although Mr. Anastaplo did not have much interest in David Hume, I have written about what I see as the many points of agreement between Hume and Mr. Anastaplo.  And as I now think about his life and death, I am reminded of Adam Smith's report about Hume's death, which ended thus: "Upon the whole, I have always considered him, both in his lifetime and since his death, as approaching as nearly to the idea of a perfectly wise and virtuous man, as perhaps the nature of human frailty will permit."

I will miss him. 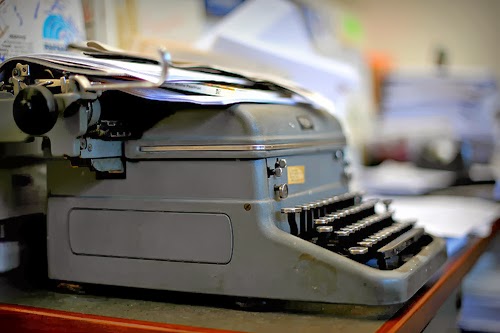 Thank you, Larry. This is wonderful. And personal in the best senses about both George and you.

Anastaplo had something of a reputation as a "liberal" Straussian. Which makes it interesting to note that even this purported "liberal" recently proposed ethnically-cleansing "all of divinely-ordained Biblical Israel" of non-Jewish inhabitants.

To Anon: That's actually not at all what that article says. What about it struck you as supporting "ethnic cleansing"?

^ The removal of all non-Jews (apart from a few "institutional caretakers" who are never to be citizens) from "all of divinely-ordained Biblical Israel".