The Moral Science of the Winter Solstice 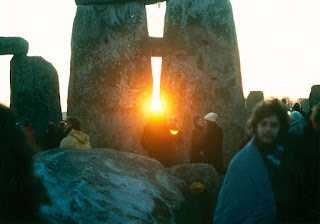 The Winter Solstice Sunset at Stonehenge

Around the world there are religious rituals associated with the winter solstice.  The pagan Scandinavian and Germanic people of northern Europe celebrated a midwinter holiday called Yule.  Many Christmas traditions--such as the Christmas tree, the Christmas wreath, and the Yule log--arose from the Yule customs.  These religious rites sacralize the importance of the Sun as the source of life.

The modern cosmological and biological sciences recognize and explain the truth of this.  All of life on Earth including human life depends on the energy of the Sun as captured through photosynthesis on Earth.  If the Earth were not revolving around the Sun at just the right distance, and if the physical and chemical conditions on Earth did not permit photosynthesis, life as we know it would be impossible.

There is a moral teaching here--that the human good has no eternal cosmic support, because the human good arises from the momentary conditions of human life, which cannot exist forever.  The cosmos does not care for or about us.

This is what Leo Strauss identified as "the most terrible truth" of evolutionary science in Lucretius.

Some of these ideas have been developed in posts here, here, and here.
Posted by Larry Arnhart at Friday, December 21, 2018