The Biopolitical History of the Gombe Chimpanzees 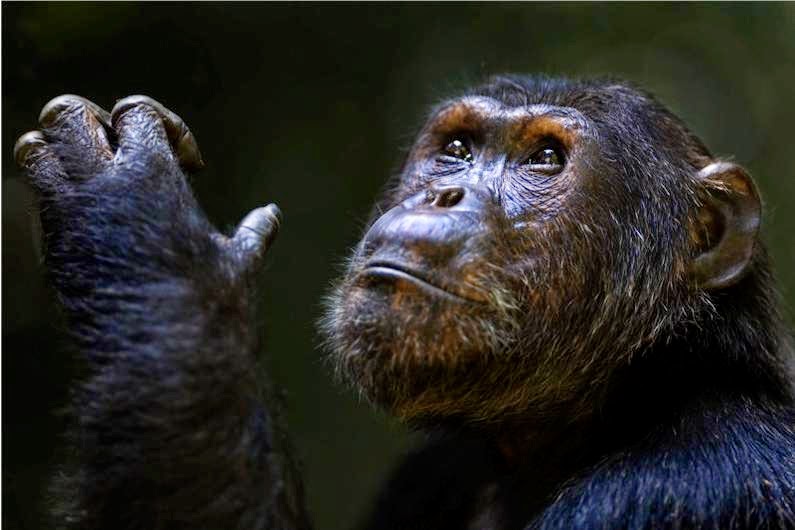 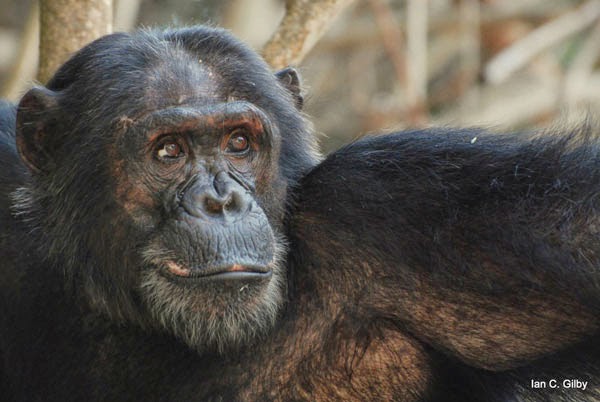 Titan is the Biggest and Strongest of the Kasekela Chimps, and He is Ranked as Number 3

Gombe National Park and the Borders of the Mitumba, Kasekela, and Kalande Communities

In the August 2014 issue of National Geographic, there's an interview with Jane Goodall about the early days of her study of the chimpanzees in Gombe National Park in Tanzania.  Her work there began in July of 1960.  Then, in 1962, she went to Cambridge University to earn a Ph.D. in ethology (animal behavior).  She was told by her academic advisors that she was doing everything wrong.  She had given each chimpanzee a name, and she had recorded anecdotes that displayed their individual differences in their personalities--in their emotions, motivations, and thoughts.  All of this was condemned as unscientific, because it was not reductionistic in reducing everything to patterns of data, and because speaking about animals as having individual personalities was regarded as an anthropomorphic projection of uniquely human traits onto nonhuman animals.

As is indicated by the title of her magnum opus--The Chimpanzees of Gombe: Patterns of Behaviour (1986)--she did collect and analyze data from her research so as to show behavioral patterns, but she also told stories about the chimpanzees of Gombe as unique individuals with different personalities.  So, for example, she could show patterns of dominance behavior with both male and female dominance hierarchies; and she could predict that every chimpanzee community will tend to have such a structure of social ranking.  But she could also show that individuals were highly variable in their propensities to dominance.  Some individuals were by temperament more ambitious than others.  And it was not possible to predict precisely which individuals would become alpha male or alpha female, because this depended on the historical contingencies of unique individuals interacting in unique cultural and ecological circumstances.  Only after a power struggle had brought one individual to the top could the scientists at Gombe retrospectively reconstruct what had happened.

Similarly, once the Kasekela Community had conquered the Kahama Community in a war and annexed its territory--a war that began in 1974 and ended in 1978--Goodall could reconstruct the history of what had happened.  But the war was a shocking surprise to her, because she had been reporting that the chimpanzees did not kill members of their own species.  Now she and her colleagues can see that there are three communities in Gombe, named for three rivers in their territories, with clear borders between them: the Mitumba Community in the north, the Kasekela Community in the middle, and the Kalande Community in the south.  Males form border patrol parties, and if they find that they outnumber their opponents, they will viciously attack and sometimes kill members of other communities.

Goodall and colleagues such as Richard Wrangham and Michael Wilson argue that we can see here the evolutionary roots of warfare among our primate ancestors.  As I have indicated in various posts, this has set off an intense debate with those who dispute the evidence for warfare among chimpanzees and human foragers.

Like all social sciences, ethology or animal behavior is a historical science that studies the unique history of unique individuals in unique communities.  In such a historical science, one can predict general patterns; but one cannot precisely predict the future. (Friedrich Hayek was right about this.) And so, as I have argued, a biopolitical science will have to be a science of the political history of primates that will include ethological science.  I disagree, therefore, with those proponents of biopolitics like John Hibbing who assume that a biological science of politics cannot include ethological history.

The research at Gombe is now directed by Anne Pusey as director of the Jane Goodall Institute for Primate Studies at Duke University.  This research allows us to see the continuing history of the Gombe chimps.

Much of this history is presented in a beautiful book of photography with extended commentary--Tales from Gombe by Anup Shah and Fiona Rogers (first published by the Natural History Museum of London and then by Firefly Books, Buffalo, New York, in 2014).  Shah and Rogers explicitly identify themselves as photographers rather than scientists, and so their writing does not have scientific rigor.  But they do tell engaging stories.  And their photographs are stunning.

Shah and Rogers continue Goodall's emphasis on the unique personalities of the chimpanzees and their unique life histories.  In fact, their photographs are their most convincing evidence for this, because we can see the different characters and emotional temperaments displayed in their faces.  This continues a tradition that goes back to Darwin's Expression of the Emotions in Man and Animals (1874).

Like Goodall, Shah and Rogers show that becoming the male leader is not determined just by size and strength.  Since March of 2008, the male leader has been Ferdinand, who has formed an alliance with his elder brother Faustino, who is ranked number two.  The biggest and strongest chimp is Titan, but he is only number three.  Titan is ambitious, but he lacks the confidence, the mental stability, and the shrewdness of judgment displayed by Ferdinand.

Shah and Rogers cannot predict who will be the next alpha male.  They speculate that if Ferdinand were to be weakened by illness, or if Faustino were to remain neutral in a fight between Ferdinand and Titan, this might give Titan the opportunity to take the number one position.  But they admit that knowledge of past history is not enough to predict a future that depends on contingencies.

What exactly is the benefit of becoming the politically dominant male?  One obvious possibility from a Darwinian perspective is that higher male dominance rank gives greater access to females and thus reproductive success.  But it has been hard to test this in the wild.  Pusey and her colleagues determined the paternity for 34 offspring over a 22-year period for the Gombe chimpanzees, and they concluded that male reproductive success did generally come from dominance rank creating priority of sexual access.  But they also saw that lower-ranking males sired more offspring than predicted.  They write: "our study confirms that male rank generally correlates with reproductive success.  However, younger males had the highest success per male, and low-ranking males successfully produced offspring more often than was predicted by the priority of access model.  Low-ranking fathers sired offspring with younger, less desirable females and appeared to use the consortship strategy more often than higher-ranking fathers" (880).

I see no reason why such scientific study of chimpanzee politics should not be part of political science and political philosophy.  A biopolitical science would fulfill an intellectual vision originating with Aristotle.  Although Aristotle did not identify chimpanzees as political animals, he did study them carefully and identify them as the animals most similar to human beings.

Aristotle also recognized that nonhuman animals had unique personalities and cognitive abilities.  He observed: "in a number of animals, we observe gentleness or fierceness, mildness or cross temper, courage or timidity, fear or confidence, high spirit or low cunning, and, with regard to intelligence, something equivalent to shrewdness" (History of Animals, 8.1).