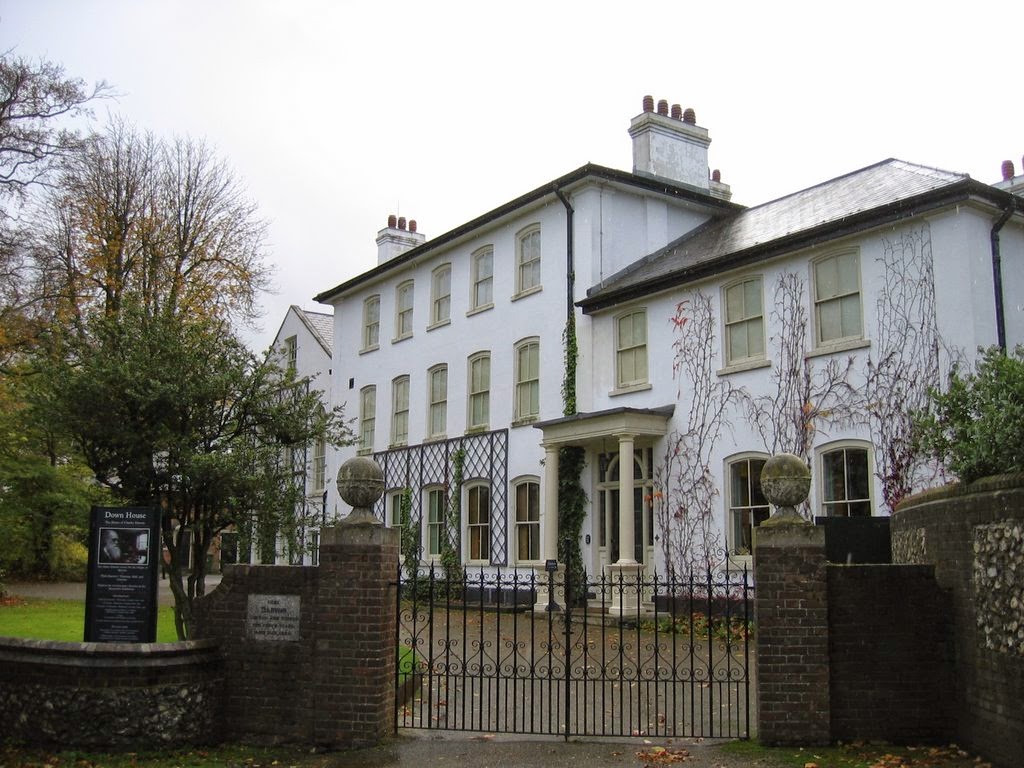 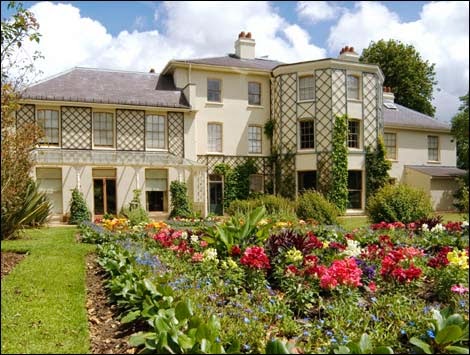 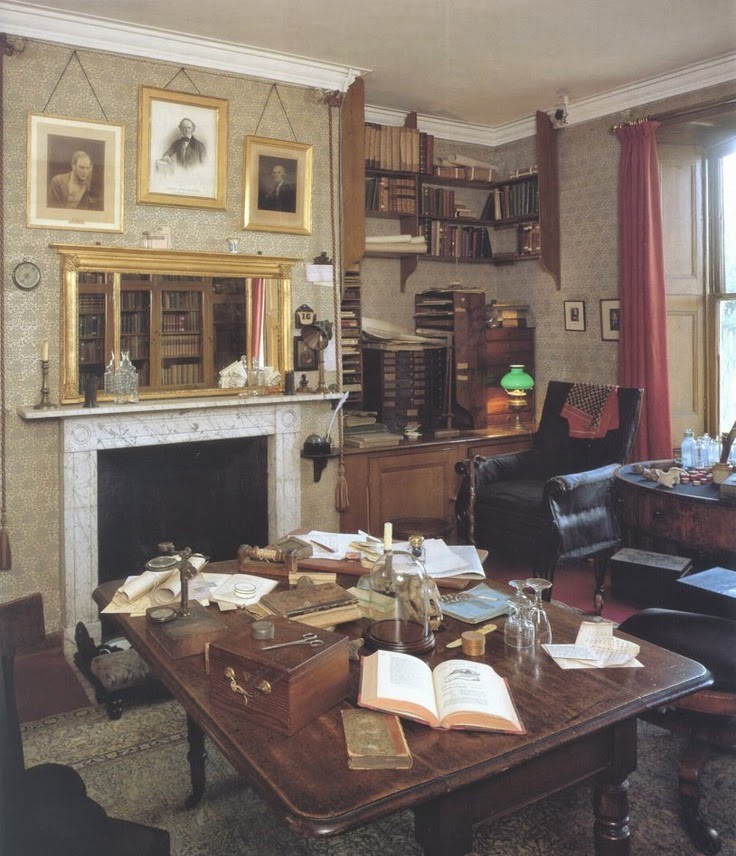 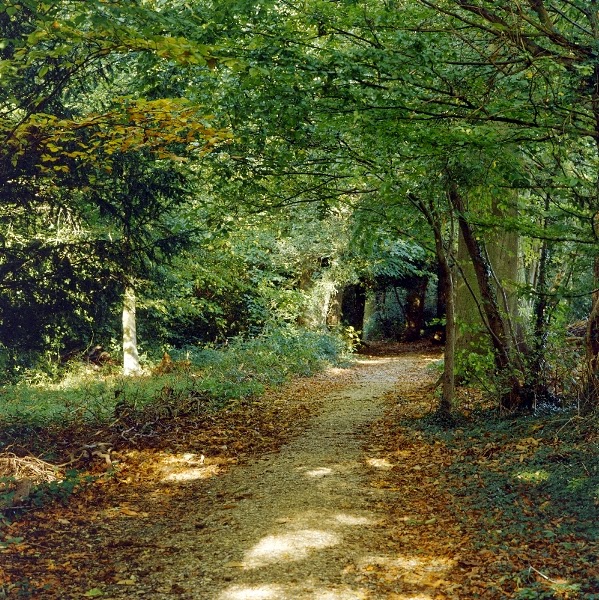 Life is good. Especially if you're staying in a mews house in London's Knightsbridge a few blocks from Harrods with great restaurants all around.

Today I visited Darwin's house in the village of Downe for the first time. This was fascinating. Darwin lived here with his family for 40 years, from 1842 until his death. Here is where all of his writing was done. So it gives us a lot to ponder about the conditions for such serious intellectual work.

It's impressive to see the evidence of a rich family life that did not impede his work. Seven of his ten children lived to adulthood. He expanded his house to accommodate them. They were free to enter his study. He used them to help in his experiments. This was a home full of life and energy, although it was darkened by the deaths of the three children and by Darwin's strange persistent illness.

For me, there were three highlights. First, the small, modestly arranged study indicated how much good work can be done by someone who thinks and writes consistently over many years, relying on visits from his friends and an extensive network of correspondents to provide information and ideas. From reading his early notebooks from the late 1830s and early 1840s, one can see that he had laid out all of his fundamental issues before he married Emma and moved to Down. Then, for the rest of his life he devoted himself to resolving those issues that had arisen during his trip on the Beagle and during his first few years back in England.

Second, the greenhouses and gardens were surprising to me because they showed how extensive his botanical experiments were, and how important this was for his work. He wrote important books on orchids and insectivorous plants.

The third highlight was the sandwalk. This is the path around one part of his property where he walked a few times each day. The sandwalk makes a long oval around a lovely copse of trees. The story is that he started each walk with a problem to solve. He would pile up some pebbles at the beginning of the path. As he completed each round of the path, he would kick off a pebble. Then, once he had thought through the problem he was pondered, he would count the pebbles to see how many rounds on the sandwalk had been required. He could then rank his problems--a 4-pebble problem one day, a 5-pebble problem the next. These are the habits of a thinker.

I also thought about the social conditions that made Darwin's life and work possible. He lived his whole life relying on his inherited wealth, supplemented with the royalties from his publications. Living as a country gentleman, he employed household servants to manage the house and the grounds. This is a life that few can live today.

In the parish church graveyard, I noticed the grave stone for Darwin's life-long servant. The stone read: "In memory of Joseph Parslow, who died October 4, 1898, aged 86 years, the faithful servant and friend of Charles Darwin of Down House, in whose household he lived for upwards of 36 years." The modesty of this grave contrasts with the grandeur of Darwin's burial in Westminster Abbey, near the grand monument to Isaac Newton.
Posted by Larry Arnhart at Monday, May 25, 2009

"The modesty of this grave contrasts with the grandeur of Darwin's burial in Westminster Abbey, near the grand monument to Isaac Newton."

Of course, you will remember that Darwin himself had wished to be buried in the Down graveyard and his burial in Westminster was a result of the actions of others in the English scientific hierarchy.