Oliver Sacks, 1933-2015: Natural Teleology in the Clinical Tales of a Philosophic Physician 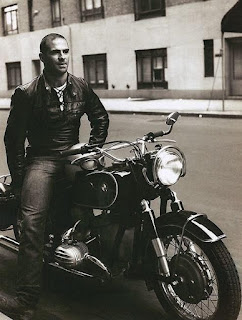 Oliver Sacks died yesterday from cancer in New York City at the age of 82.  There are two long--and very good--articles about his life in today's New York Times by Michiko Kakutani and Gregory Cowles.

Dr. Sacks was a clinical neurologist, who became famous for his many essays and books with stories about the weirdly enchanting and deeply moving lives of people suffering strange neurological disorders.  He first gained attention with his book Awakenings about a group of patients with an unusual form of encephalitis, or "sleeping sickness," so that they were locked in a catatonic state inside their bodies for over 30 years.  Dr. Sacks gave them the drug L-dopa, and it was as though they awakened back to life, but then months later, they reverted back to their catatonic state.  In the 1990 film "Awakenings," Robin Williams played the part of Dr. Sacks, and Robert De Niro played the part of one of his patients.

The recurrent theme in much of his writing is captured by a quotation from Ivy McKenzie that is one of the epigrams for Dr. Sacks's The Man Who Mistook His Wife for a Hat--"The physician is concerned (unlike the naturalist) . . . with a single organism, the human subject, striving to preserve its identity in adverse circumstances."  One's identity--one's mind or soul--depends, Dr. Sacks indicates, on the activity of one's brain.  And so when that brain becomes disordered, a human being will struggle to preserve his or her personal identity.  The poetic drama of that struggle is what animates Dr. Sacks's stories.

When I first became interested in biopolitical issues, and particularly in the question of whether biological science could support the idea of natural teleology, I was much influenced by the writing of Dr. Sacks and of another philosophic physician--Leon Kass.

I wrote an article--"Aristotle's Biopolitics: A Defense of Biological Teleology Against Biological Nihilism"--that was published in Politics and the Life Sciences (February 1988).  In defending Aristotle's claim that biological phenomena do show a natural teleology--a striving or inclination towards natural ends or purposes--I pointed to one of Dr. Sacks's cases as illustrating this.  I sent a letter and a copy of my article to Dr. Sacks.  He responded with a long letter.  Cowles reports that Dr. Sacks received about 10,000 letters a year, and he quotes him as saying, "I invariably reply to people under 10, over 90 or in prison."  I am surprised that he replied to me, because I fell into none of those categories!

The case that I used (from The Man Who Mistook His Wife for a Hat) was the story of a patient named Ray, who suffered from Tourette's syndrome.  Those afflicted with Tourette's syndrome are overwhelmed by nervous energy that explodes in jerks, tics, cursing, and a generally weird and comic frenzy.  Apparently these people suffer from an excess of dopamine, which is one of the excitatory transmitters in the brain.  The drug haloperidol ("haldol") can help these people because it decreases the level of dopamine in the brain.

Dr. Sacks found, however, that Ray was reluctant to accept the effects of Haldol.  Having been a Touretter since early childhood, Ray had not only adjusted to his disorder but had exploited the wild and frenetic energy that it provided.  His friends enjoyed his explosive wit.  He was an excellent ping pong player because of his quick and unexpected shots.  He used his fast reflexes to jump into and out of revolving doors with amazing speed.  And as a weekend jazz drummer, he was famous for his frenzied and inventive improvisation.  He spoke of himself as "witty ticcy Ray," known for his "ticcy witticisms and witty ticcisms." He told Dr. Sacks he was not sure he wanted to live without Tourette's syndrome.  (After his first week on Haldol, he had a broken nose caused by a revolving door.)  "Suppose you could take away the tics," he said.  "What would be left?  I consist of tics--there'd be nothing left."  He found that when he was on Haldol, his drumming became dull and lifeless.

He finally decided to compromise.  He would take Haldol during the working week but not on weekends.  From Monday to Friday, he was a calm, conservative member of his community.  But on weekends, he became the frenzied jazz drummer--"witty ticcy Ray."

"Having Tourette's is wild, like being drunk all the while.  Being on Haldol is dull, makes one square and sober, and neither state is really free. . . . You 'normal,' who have the right transmitters in the right places at the right times in your brains, have all feelings, all states, available all the time--gravity, levity, whatever is appropriate.  We Touretters don't: We are forced into levity by our Tourette's and forced into gravity when we take Haldol. You are free, you have a natural balance.  We must make the best of an artificial balance."

According to Dr. Sacks, Ray had achieved a full life "despite being deprived of the birthright of natural freedom which most of us enjoy."

Thus, I argued, Dr. Sacks implicitly assumed in his neurological practice that nature gives us an end to strive for--the health of a normal human brain and mind.  There is a natural order or balance in any normal human life.  Dr. Sacks could therefore recognize Tourette's syndrome as a "disorder" or "disturbance" of the natural functioning that is the healthy condition of a normal human being.  Although in Ray's case, he could not completely repair the damage, he could at least strive for an "artificial balance" that approximated the "natural balance" of normal life.

The standard of health is fixed by nature even if there is flexibility in deciding how best to approximate nature's norm.  Isn't it likely that Ray's subtle understanding of the "natural balance" between gravity and levity reflects Dr. Sacks's wise judgment about what constitutes psychic health?  And doesn't that idea of "natural balance" conform to what Aristotle would call a natural mean between excess and defect?

Sacks in his writing often admired the wondrous insights and exhilaration experienced by people with neurological disturbances.  But he never yielded to the sentimental relativism that would deny the distinction between the normal and the abnormal, the healthy and the diseased.  In short, Sacks assumed, at least implicitly, a teleological conception of living nature.

That's what I said in my article.  But in his letter to me, Sacks intimated that he had changed his mind, and that he was leaning towards what I had dismissed as "the sentimental relativism that would deny the distinction between the normal and the abnormal."  His change of mind had come from his dealing with many Touretters and seeing the individual diversity in how they reacted to their condition.

He described being in the middle of a conversation in Rotterdam with two Touretters.  One described her Tourette's as giving her a "deep" or "primal" experience, and thus it was a great gift.  But the other Touretter contradicted her by saying that his Tourette's was "completely useless" and a distraction that "took away the deliberative depth of his mind."  (Nietzsche was one of Sacks's favorite philosophers, and I wonder whether he was seeing here Nietzsche's contrast between the Dionysian and the Apollinian.)

Sacks also said, however, that these two Touretters agreed that they would have preferred to be free of Tourette's.  To me that suggests that they did recognize their disease as a disease, and that they were striving to make the best of a bad condition.

On February 19, 2015, the New York Times published an article by Sacks reporting that he had recently learned that he had terminal cancer.  He titled the article "My Own Life," following the title of the short autobiography that David Hume wrote in 1776, just after he had learned of his terminal illness.  Sacks wanted to follow the example of Hume, who wrote: "I now reckon upon a speedy dissolution.  I have suffered very little pain from my disorder; and what is more strange, have, notwithstanding the great decline of my person, never suffered a moment's abatement of my spirits.  I possess the same ardour as ever in study, and the same gaiety in company."


"I cannot pretend I am without fear.  But my predominant feeling is one of gratitude.  I have loved and been loved; I have been given much and I have given something in return; I have read and traveled and thought and written.  I have had an intercourse with the world, the special intercourse of writers and readers."

"Above all, I have been a sentient being, a thinking animal, on this beautiful planet, and that in itself has been an enormous privilege and adventure."

And thus in facing death, he could take satisfaction in a life well lived as a thinking animal, a life in which he fulfilled some of nature's deepest ends.
Posted by Larry Arnhart at Monday, August 31, 2015

"recognize Tourette's syndrome as a "disorder" or "disturbance" of the natural functioning that is the healthy condition of a normal human being."

Some years ago, Andrew Sullivan wrote a book defending gay marriage entitled "Virtually Normal." Homosexuality is not normal, but the homosexual desires for monogamous marriage and parental care are "virtually normal," in that they are attempts to approximate what heterosexual couples achieve in marriage and parenting. Conjugal bonding and parental care are natural desires that are normally expressed through heterosexual families. But gay marriages can satisfy similar desires despite the abnormality of homosexuality. Like Touretters, homosexuals probably would not have chosen to be homosexuals. But having accepted the reality of their homosexuality, they must then strive to satisfy their natural desires for conjugal bonding and parental care in the best way they can. Oliver Sacks openly acknowledged his homosexuality last year in his autobiography, and he indicated that he entered a monogamous relationship during the last six years of his life.

I'm glad to see you accept that homosexuality is a malfunction of the process that determines the object of sexual attraction. How does this fit in with your theory that unnatural desires are bad?
I suppose you then agree that male-female pairs are systems designed for producing offspring and that same sex pairs have no function? Didn't marrigae "evolve" in order to prevent the problems that result from the functioning of male-female pairs in producing offspring?
P.S you should delete your comment before you get fired for crimethink!