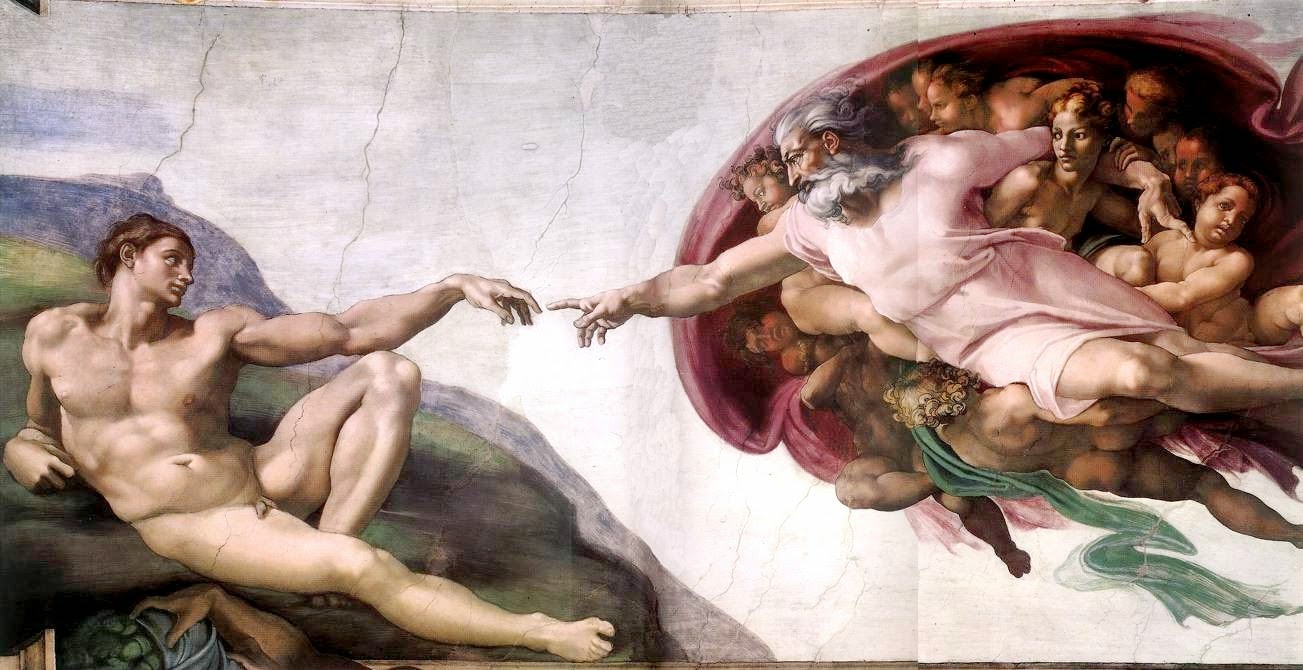 In his speech this week (October 27) to a Plenary Session of the Pontifical Academy of Sciences, Pope Francis affirmed theistic evolution as compatible with the Catholic Church's teachings.  He thus implicitly rejected scientific creationism and intelligent design theory in their claim that each species of life had to be specially created by God, and so they could not have emerged by natural evolution.


"You are addressing the highly complex subject of the evolution of nature. . . . When we read the account of Creation in Genesis, we risk imagining that God was a magician, complete with an all powerful magic wand.  But that was not so.  He created beings, and He let them develop according to the internal laws with which He endowed each one, that they might develop, and reach their fullness.  He gave autonomy to the beings of the universe at the same time in which He assured them of his continual presence, giving life to every reality. . . . The Big Bang theory, which is proposed today as the origin of the world, does not contradict the intervention of a divine creator but depends on it.  Evolution in nature does not conflict with the notion of Creation, because evolution presupposes the creation of beings who evolve."

"As for man, however, there is a change and a novelty.  When, on the sixth day in the account of Genesis, comes the moment of the creation of man, God gives the human being another autonomy, an autonomy different from that of nature, which is freedom. . . ."

Contrary to what was said in some of the news reports about this speech, Pope Francis was not saying anything that had not been said by previous popes.  In 1996, in another speech to the Pontifical Academy of Sciences, Pope John Paul II took essentially the same position in affirming the truth of evolutionary science as consistent with a proper interpretation of Genesis.

The Church's theistic evolutionism is close to what Charles Darwin defended.  Darwin adopted the principle of dual causality, which originated in medieval Islamic and Christian theology.  He spoke of the laws of nature as manifested in evolution as "secondary causes," which left open the possibility of God's creative power acting through "primary causes" to create the original order of nature itself.

Darwin thus allowed for theistic evolution, which has been adopted by a long line of Christian thinkers, including C. S. Lewis, Francis Collins, and Alvin Plantinga.  Darwin rejected the "theory of special creation," which sees God as having to intervene miraculously in nature to specially create each form of life.  But Darwin allowed for God to be understood as the First Cause, the uncaused cause of matter and life.

The one possible point of disagreement between Darwin and the popes is the claim of the popes that the creation of the human species required what Pope John Paul II called an "ontological leap"--a miraculous intervention by God into nature to specially create the human soul with a freedom of thought and action that other animals do not have.  Since the popes accept the idea that God was able and willing to allow natural evolutionary processes to create the species of life, it's hard to understand why this could not also be true for the creation of the human mind through the emergent evolution of the primate brain.

Pope Francis rejects the belief that God was "a magician, complete with an all-powerful magic wand," but then in assuming that God had to miraculously create the human soul outside of any natural evolutionary process, he seems to fall back onto imagining God as a magician.

That the human mind arose from the emergent evolution of the primate brain is perhaps suggested by Michelangelo's famous Creation of Adam fresco on the ceiling of the Sistine Chapel.  In an article in the Journal of the American Medical Association, Dr. Frank Meshberger has pointed out that the image surrounding God and the angels has the shape of a brain, with God's right arm extending through the prefrontal cortex.  Since Michelangelo was known to have performed dissections of the human body, he could have learned enough about neuroanatomy to convey the message that God's gift of human ensoulment was actually the gift of a human brain that might have arisen by natural processes.