In October of 2006, I wrote a post entitled "So What's Wrong with Incest?"  Amazingly, that post has continued to receive two to three dozen pageviews every week for the past seven and a half years!

That might just confirm that the only thing more interesting than sex is tabooed sex.  But I hope that it also shows an interest in incest avoidance and incest taboos as human universals that show the complex evolutionary interaction of human nature and human culture.

My thinking about this has been shaped largely by Edward Westermarck's Darwinian explanation of incest and the incest taboo and by Arthur Wolf's defense of Westermarck's theory based on the research that he and others have conducted over the past 60 years.  As I have argued in various posts, I have come to see the Westermarck theory as a model of how Darwinian science can explain human morality and culture in a manner that confirms the moral and political philosophy of the Scottish Enlightenment, particularly as expressed in the work of David Hume and Adam Smith.

For me, this began in 1998 when I lectured at a conference in Helsinki, Finland, on Westermarck's moral philosophy and his theory of incest avoidance and incest taboos.  Westermarck was Finnish, and the Westermarckian tradition was being carried on by some sociologists and anthropologists at the University of Helsinki.

There were many prominent people at the conference (Frans de Waal, for example) and some young people who would later become prominent (like Debra Lieberman).  But, clearly, Arthur Wolf (a professor of anthropology at Stanford University) was the center of attention, because of his recently published book Sexual Attraction and Childhood Association: A Chinese Brief for Edward Westermarck (Stanford University Press, 1995).  I had first met Wolf when I attended some of his lectures for the Program in Human Biology at Stanford in 1988-1989.  Later, after the Helsinki conference, I contributed to another conference organized by Wolf that led to the publication of Inbreeding, Incest, and the Incest Taboo (Stanford University Press, 2004), which contains my most extensive statement on this subject--"The Incest Taboo as Darwinian Natural Right."

Now Stanford University Press has just published a new book by Wolf--Incest Avoidance and the Incest Taboos: Two Aspects of Human Nature.  When I read the manuscript for this book last year for the Press, I saw it as a brilliant statement of the Westermarck/Wolf position.  My blurb for this book comes from my report for the publisher: "Arthur Wolf has done it again.  Wolf's evolutionary explanation of incest avoidance and the incest taboo is one of the greatest achievements in the social sciences over the past half century."

Wolf identifies two opposed groups in the debates over these questions.  The "constitutionalists" ground their explanations in human nature.  The "conventionalists" ground their explanations in human culture.  Wolf identifies himself as a constitutionalist, because as the subtitle of his new book indicates, he sees incest avoidance and the incest taboos as "two aspects of human nature."  And yet he thinks the constitutionalists have largely evaded the second question, and his rectification of that mistake is his major advance in this new book.

Wolf explains: "Constitutionalists always begin with the first question and commonly ignore the second--they assume that people disapprove of anyone doing something they would dislike doing.  Conventionalists, in contrast, always begin with the second question and usually ignore the first--they assume that people avoid doing what custom disapproves of their doing" (1).

Edward O. Wilson is an example of a constitutionalist who has often used the Westermarck/Wolf Darwinian theory of incest avoidance as one of the best developed examples of a sociobiological explanation of human social behavior and morality.  But as Wolf sees it, Wilson assumes that in answering the first question (about incest avoidance), he has answered the second question (about incest taboos).  This fails to recognize, according to Wolf, that a Darwinian explanation of incest avoidance as a behavior that human beings share with other mammals and primates is insufficient to provide a Darwinian explanation of incest taboos as culturally constructed moral norms that are unique to human beings.

Referring to John Searle's "social ontology," Wolf concedes to the conventionalists that they have a good point when they argue that through language and symbolism, human beings can create social institutions and institutional norms that have little or no physical reality: Searle's favorite examples are money, marriage, and markets (70-72).  To explain incest taboos, we must explain why human beings agree to create the prohibition of incest as a moral norm.  We must explain not just why most of us avoid incest, but why most of us agree to the social norm that we ought to avoid incest.

What Wolf says here about the uniqueness of human social intentionality is similar to what Michael Tomasello has said about "shared intentionality" as a capacity that sets human beings apart--even as young children--from other primates.  This has been the subject of a previous post.

To explain the uniqueness of human incest taboos as social constructions, Wolf argues that a taboo is something to be avoided because a society regards it as dangerous.  Society prohibits incest because it is perceived to be unnatural or abnormal sex that elicits fear and foreboding.  Thus, the incest taboo arises from two traits of human nature--the fear of events perceived as unnatural or abnormal and the desire to conform to one's group.  These create an incest taboo as a collective intentionality to avoid behavior perceived as dangerous to the community (77-118).

This taboo becomes a moral norm not because there is some transcendent normativity or deontic force inherent in such a social rule, but because, as Westermarck argued, retributive emotions become moral emotions when they show "generality, apparent disinterestedness, and a flavor of impartiality" (119).  Emotional disapproval constitutes a moral rule when the emotional disapproval is expressed in such a general way as to conform to what an "impartial spectator" would condemn--thus following Adam Smith's account of the moral sentiments.

Wolf recognizes, however, that Westermarck's Darwinian explanation of the incest taboo will be scorned by those who fear what looks like Darwin's assault on human dignity.  In the 18th century, Francis Hutcheson explained the incest taboo as expressing an "innate moral sense" instilled in human beings by God.  Bernard Mandeville responded by denying this and arguing that the incest taboo was merely a matter of custom with no natural basis.  In this debate, Mandeville's conventionalism seemed to be an assault on the moral dignity of human beings.  But then when Westermarck developed his Darwinian account of the incest taboo as a cultural expression of naturally evolved dispositions that did not need to be attributed to the Creator, his naturalist or constitutionalist explanation seemed to be degrading in denying human moral transcendence.  At this point, the culturalists or conventionalists seemed to be the defenders of human dignity, because they offered a kind of creation story in which human beings create themselves through culture as transcending mere animal nature (25-27, 30, 33).  This explains the moralistic vehemence of those who reject a Darwinian science of human nature as a repugnant form of reductionism and materialism.

Wolf concludes his new book with a helpful summary of the 12 steps in his reasoning (134-35):


"1. Inbreeding is dangerous, raising the excess death-plus-major-defect rate by 20 to 40 percent in the case of primary relatives.

"2. The selection pressure generated by the dangers of inbreeding has so shaped primate sexuality that early association inhibits sexual relations.

"3. Because children are normally reared by their parents and siblings with one another, nuclear family incest is rare except as child abuse.

"4. Being an exceptionally emotional species, human beings are startled by rare events and see them as predicting misfortune.

"5. Nuclear family incest is a rare event and is therefore startling.

"6. There is always a consensus condemning incest because most people interpret incest as threatening, and the few who do not accept the majority view because they want to belong.

"7. Human institutions are created when people agree that something exists and agree to assign it a purpose.

"8. The incest taboos are the creation of a consensus condemning incest and have the purpose of forestalling the dangers it threatens.

"9. The incest taboos have a moral quality because they are the products of a general reaction that does not appear to serve any selfish interest.

"10. The nuclear family is universal and everywhere existed before the creation of larger kinship groups like the clan.

"11. When larger kingship groups like the clan were created, they were modeled on the nuclear family and therefore included incest taboos as constitutional features.

"12. The scope of the extended incest taboos varies because the composition of the groups modeled on the family varies.

My post on incest in 2006 includes links to most of my subsequent posts on this. 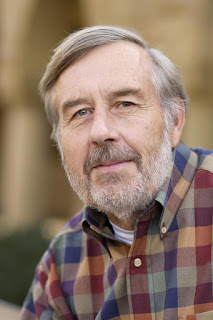 Arthur Wolf died on May 2, 2015, at the age of 83.  I will always remember him from my year at Stanford (1988-1989), when I attended his lectures in the Program for Human Biology, and from our meetings in Finland in 1998, and later at a gathering of scholars on incest avoidance at Stanford that he organized.

As indicated in this post, I regard his defense of the Westermarck theory of the incest taboo as one of the classic research projects in the social sciences that will be studied far into the future.

I remember him for his generosity in encouraging some of my research on the implications of Westermarck's thinking for moral and political philosophy.  I am grateful for the opportunity to have known him.

Why did natural selection favor incest avoidance through imprinting, and not directly through kin recognition of some other sort (say, smell)?